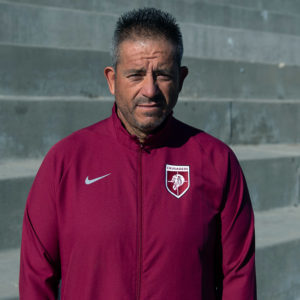 WHO IS YOUR FAVORITE SOCCER PLAYER AND WHY?  My Favourite Oliver Rolf Kahn. In my opinion, one of the best keepers of world, he really impressed me his personality, leadership and team command. Great tactically with an aggressive mentality to handle intense physical challenges.

HOW LONG HAVE YOU BEEN AT CRUSADERS SC? I have been coaching at Crusaders SC going on my 10th season.

BRIEF DESCRIPTION ABOUT YOURSELF: