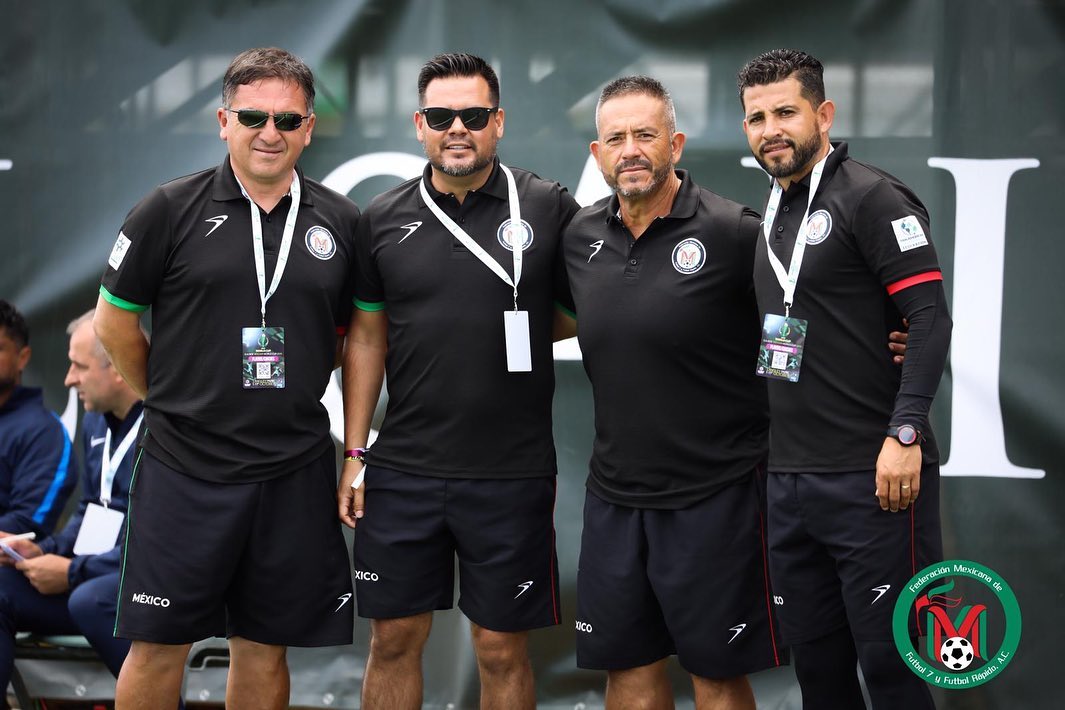 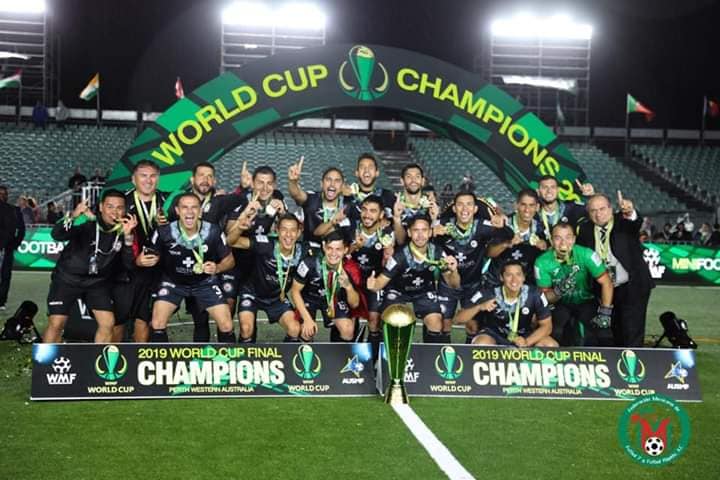 Crusaders are proud to share and communicate that one of our elite coaches and asst. director of coaching Victor Melendez has made history with the Mexican Minifootball National team by winning their first-ever Minifootball World Cup in Australia earlier this month over powerhouse Brazil 4-0 the final score.

We had the chance to sit down with Coach Victor to tell us about the amazing experience he had with the Mexican national team and what he hopes to accomplish in the future after reaching this achievement.

Crusaders: First of all, thank you for sitting down with us. How do you feel now that your home and looking back after that experience with the national team?

Victor Melendez: Well first all I am well rested and adjusted back to normal time since it was 15 hours difference from here to Australia. I am really happy with the accomplishment made out there after three Minifootball world cups and being finalists in the last one. Very happy with all the work the players put in as well as the coaching staff.

Crusaders: What is Minifootball? What is the difference between regular football or soccer?

Victor Melendez: Minifootball is a version of soccer where the field is much smaller approximately 35 x 50 yards. The goals are also much smaller and there is no offside. Also, there are no slide tackles so there are definitely elements from indoor that coexist with Minifootball. Aside from that, all the other rules are the same with high-intensity moments with a high score board and really fast transitions.

Crusaders: How long have you been involved with the Mexican Minifootball National team?

Victor Melendez: I had the luck to be invited by coach Rene Ortiz after being able to work with him in coaching education for CalSouth. Around 2012 is when I was given the invitation to start participating in working with the Mexican National Minifootball team. It was one of the greatest experiences that have impacted my coaching career.

I’ve had the luck to be able to be part of three Minifootball world cups with the first one being in 2015 played here in the U.S. where we were finalists against the U.S. team. The next world cup was in Tunisia which was an excellent experience as well. We were also finalists against the Cech Republic, but the third one is the charm as they say and now winning the final vs Brazil.

Crusaders: Going into this competition, what kind of things was the team needed to do to prepare for this kind of tournament?

Victor Melendez: Going back to the experience that we have had in the last three world cups I think we had a more profound scouting of players in the MASL (Major Arena Soccer League) where the majority of our players were scouted. Our goalkeeper was actually scouted from the arena soccer league in Mexico.

Also, I believe that fundamentally the technical ability in this type of sport counts so much. One mistake can be overwhelming, so we were looking for a well-balanced team both defensively and offensively. We were able to complete a team with five defenders, two of which incorporated themselves in the attack with so much intensity. We had six midfielders, three of which were totally defensive midfielders that helped out so much when we didn’t have the ball and immediately, we changed when the ball was recovered into an attack that penetrated against the other team. Our forwards were excellent with a lot of mobility and ability that we’re able to finish.

More than anything this team stood out because of their concentration and awesome unity as a team that carried on having great relationships outside of the soccer field.

Crusaders: What is your primary role in the national team and how is that an important part of the team’s development?

Victor Melendez: My main role in the national team is very specific. I am one of two assistant coaches that does a tactical analysis of the opposing team along with the realizations of the training sessions. When the competition starts, I analyze and scout the deficiencies, strengths, technical and tactical abilities of the opposing team. After that, I report and present that over to the head coach and players.

My role also extends over as the goalkeeper coach who works on the development and training of each of the goalkeepers. I also work on helping in the decision making to see who would be the best goalkeeper that can play against a certain rival.

Crusaders: How would you describe the competition that Mexico had to face in the tournament and who would you say was your toughest opponent and why?

Victor Melendez: In this Minifootbaall world cup that counted with the participation of 32 national teams, our bracket play was fairly easy to get through. We played Switzerland and beat them 11-0 I think and Moldova in the first game after traveling 17 hours and won 4-0. The next game was against Somalia which we won 7-0.

Once the bracket play was done that is when the tough competition came. We played Tunisia in the round of 16 and beat them 7-0, whom we played before in the world cup in Tunisia in 2017. Next, in quarter-finals, we played the current world champion at the time the Cech Republic that cost us quite a bit. It was a very intense and tactical game and I believe it was named the best game in the world cup in which we clinched the victory 2-1. For reduced spaces that scoreboard is extremely tight. This game cost us a great deal of effort and physical drain.

After this game, we played the five-time European champion Romania and managed to get the victory in the last three minutes in overtime with a 2-1 score. This game was very stressful and full of intensity. In the final, we played powerhouse Brazil. There were many factors that influenced that game. We were playing this game in a big storm and were playing with intensity for 22 minutes. We did have some lucky moments because they did hit the crossbar approximately three times. As the game went on the guys seemed to be getting more comfortable with the ball despite the rainy conditions and eventually getting to score. Then, we ended up losing our goalkeeper to injury to a possible ankle fracture. I believe this moment is what made the team create an ultimate concentration in this game which led to the 4-0 victory. We ended up dedicating this game to our injured goalkeeper.

Crusaders: What was going through your mind as you walked in when the guys were going to play the world championship especially with a powerhouse like Brazil?

Victor Melendez: At the beginning of the world cup we were very concentrated and dedicated to do a good job and to have this team unified. After we played the Cech Republic and after experimenting that we were able to accomplish and get to that level of play we knew that we were mentally, tactically, emotionally, and technically ready to be champions.

That’s when we started to think about bigger things that led us to think that the most important factor for us is total concentration, comradery, confidence within each other to together achieve a good result. We had various situations during the world cup in which our strong friendship and appreciation reflected in each other. I also think that in comparison to the past world cups we discovered that everyone had a specific function in which they fulfilled with completed succession, and that was the secret for us knowing that we could be champions. 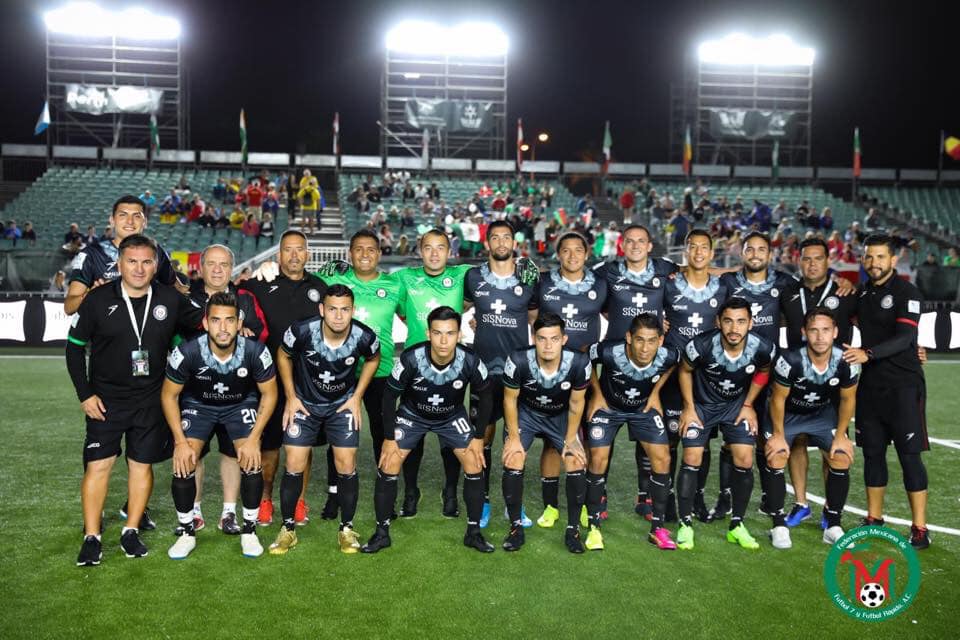 Crusaders: When the final whistle blew and Mexico was named world champion, how did you feel?

Victor Melendez: That is an excellent question, I think there were two different emotions that were felt. First, everyone was very happy with an indescribable feeling being able to be a world champion in a different and far away country. At the same time, I was worried that we could not celebrate the championship with the whole team because I was actually in the ambulance with my goalkeeper.

I didn’t want to leave him by himself especially in a country in which English is the main language. I accompanied my goalkeeper all to Mexico in the Federal District. He actually received the award for the best goalkeeper in the tournament inside the ambulance. Those were two situations in which they were crossed, but in the end, he and I and the rest of the team were very happy for the big triumph. The huge sacrifice that was made and, in the end, it was all worth it. 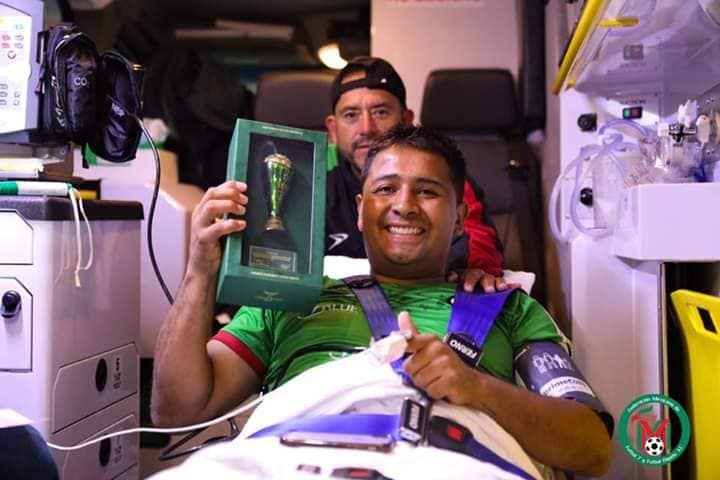 Crusaders: How has this experience helped you become a better coach?

Victor Melendez: First of all, this experience has helped me to be more appreciative of life, with soccer, and with Crusaders Soccer Club for giving me the opportunity to be able to realize these dreams. Even though working for the club almost full time they still give me the opportunity to do this. This experience has taught me to be appreciative of my family for their support in these exciting challenges soccer has honored me to have.

I have become a more human, responsible and ethical professional. I have established loyalty with the people that appreciate and support me. This is a clear example that one can’t accomplish their dreams unless there are people that support you and give you a hand when you most need it. I believe soccer at these heights and levels requires a lot of professionalism and respect towards the players and loyalty towards the organizations and institutions.

I would like to say thank you to all of Crusaders Soccer Club especially to Rene Miramontes for all of his support. To Rene Ortiz for the invitation to the Mexican Minifootball National Team. To all of the staff Luis Borrego and professor Eusebio and everyone else behind the scenes. To the national team president Alfredo Mazise and to everyone else that has supported us. A special thank you to my sons Tony, Erick, and Ivan and to my wife Victoria for her unconditional support throughout my coaching career. To all the Australia people who put on the national team jersey and put their flag aside to support Mexico. Thank for your love and respect. This only leaves me a lot of experience and a great deal of respect for the people that make soccer something passionate with lots of love for the sport.